Through Dnutch’s hard work and perseverance on behalf of its clients,  the company  has received recognition and several awards at the state and national level.

Additionally, the company’s founder and CEO (Ms.  Denise A. Jones) has been the focus of several feature articles. Awards and recognition in descending chronological order includes: 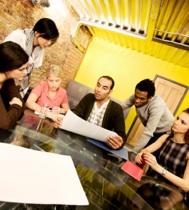 We pride ourselves in building long lasting relationships, and place value on an interactive dialogue with our clients. So why not contact us today?
Contact Us >>

Dnutch combines its core strengths with those of its business partners to deliver comprehensive, state-of-the-art solutions to our customers.
Read More >>